Labneh (or what I like to refer to as an easy cream cheese) is pretty much yogurt that has been strained to get rid of some of the whey. Think of Greek Yogurt but even thicker. It is popular in some Middle Eastern countries, in some European countries, in some Asian countries too? and probably other places as well. And also under different names. In the Middle East, Labneh is often rolled into balls, seasoned with herbs and stored in olive oil. It is usually eaten as a dip or in sandwiches. Someone please correct me if any of this information is wrong but this is as much as I know about labneh.

Let me clarify that labneh is not cream cheese. When I first heard of labneh though, the recipe introduced it as an easy cream cheese recipe. So it is not entirely my fault that all I do after making labneh is spread it on bagels. I do really like telling myself that I am making cream cheese when I make it though.

Maybe because unlike cream cheese, it is full of healthy, immune system boosting bacteria. So if you swap cream cheese with labneh, not only will it still be delicious, you will also be getting all the probiotic goodness. Labneh is also awesome because it is super creamy and thick enough to use as a spread yet it is lighter than cream cheese and kind of reminiscent of goat cheese. In the future I might explore more and try using it in a cheese cake or other recipes that call for cream cheese. Or you can try it and tell me! 😀 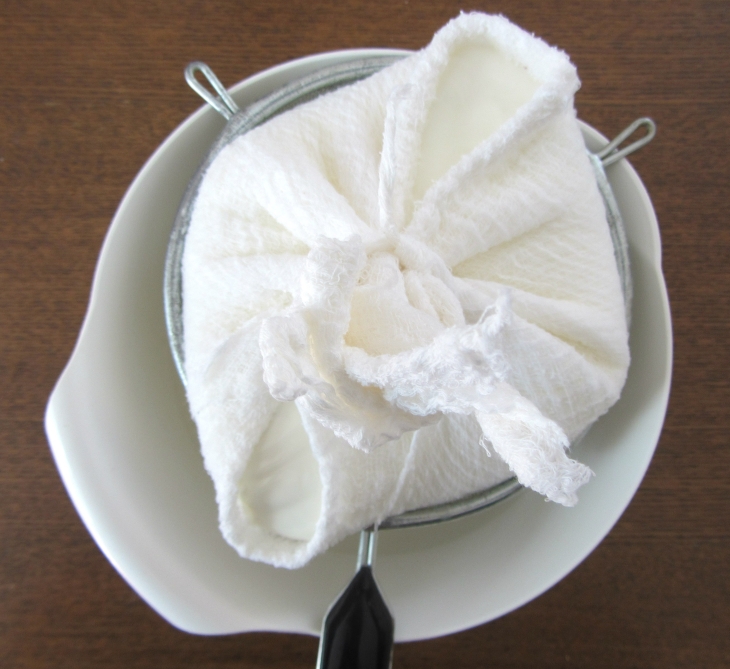 You only really need two ingredients for this recipe and a cheese cloth or some sort of linen (just make sure it is clean). I use a strainer to rest the cheese cloth over a bowl. I find this to be the easiest way to strain it but you can also tie the cheese cloth to a wooden spoon or something solid and sit it on the bowl so it can collect the whey. You can discard the whey after straining the yogurt but it has a lot of minerals and other good stuff in it too so that will be a waste. Try incorporating it in something else like soups, smoothies, breads, lemonade, etc.

This recipe yields about 3 cups of labneh.

After the yogurt has strained, take it out of the cheese cloth. Serve it as a dip with pita bread, use it as a spread in a sandwich, eat it on a bagel like cream cheese, or find other creative ways to eat it. 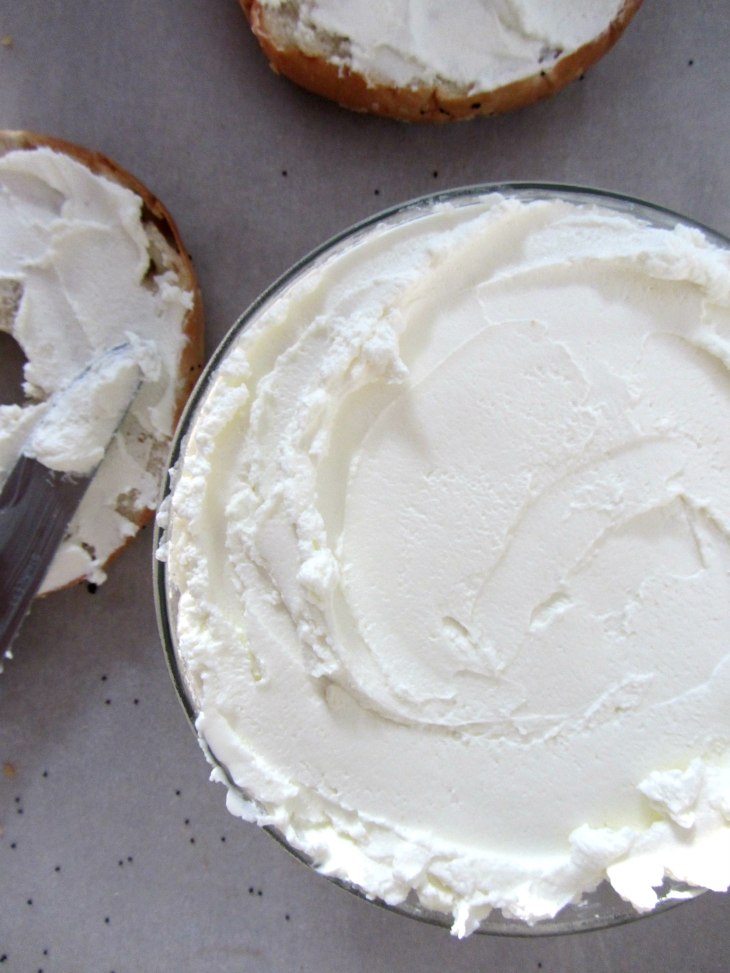